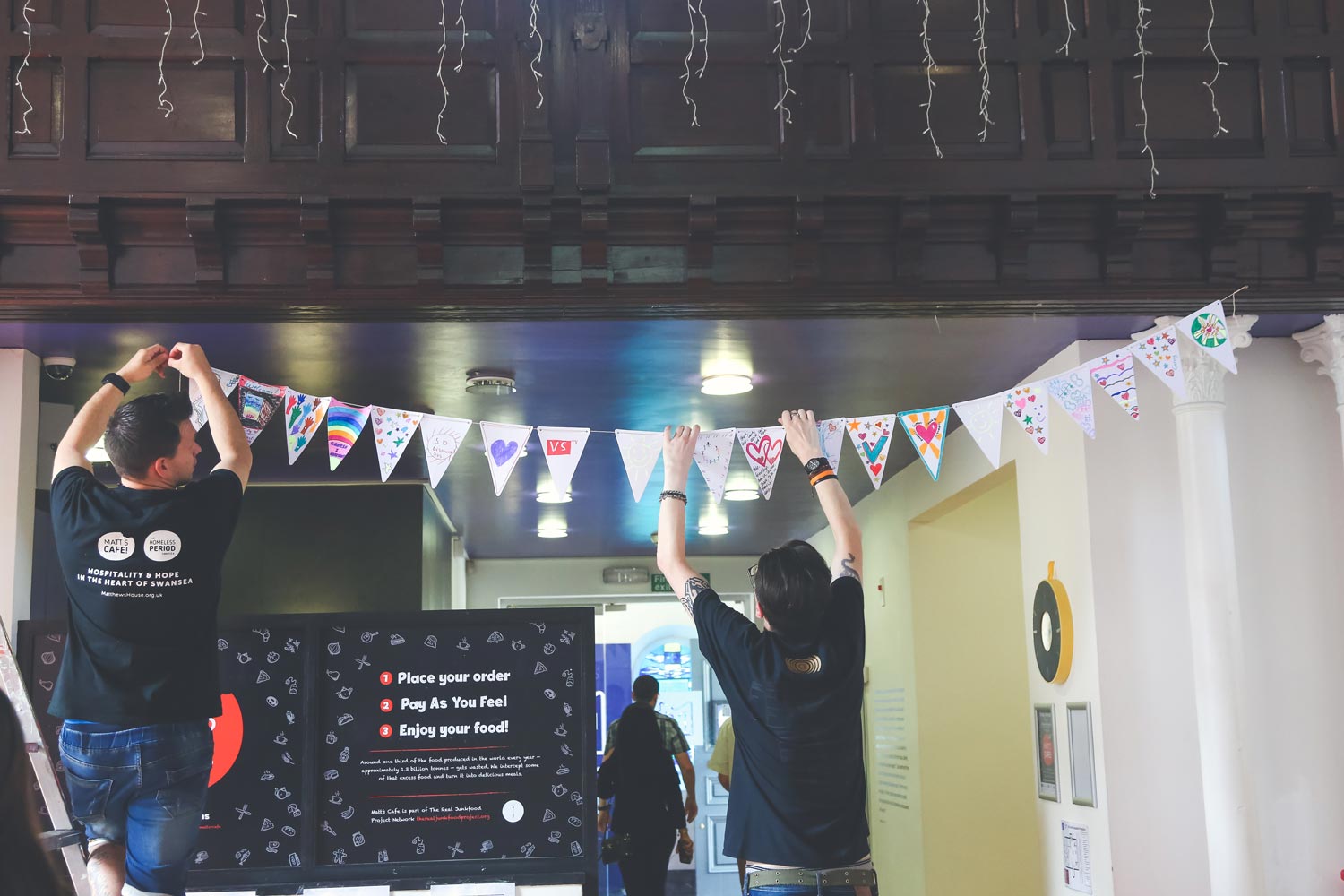 Dougie came into MH in quite a bad shape; upset and angry. He was sleepy and out of it, having taken or drunk something. He went up for food and drink but was rude to volunteers and then after sitting at a table started nodding off. This alerted us immediately as we don’t have people sleeping at Matthew’s House. We tried to have a quick chat with him but he quickly became sharp and aggressive, arguing that “you can’t tell me where to sleep.”

At this point we sought the support of our Police Community Support Officers. The PCSOs are great supporters of Matthew’s House, and help us to keep the place safe. We were really keen to work with Dougie to support him in any way we could, and not to have the situation escalate to a point where we might have to ban him from the building. The PCSOs knew Dougie, and as soon as he saw them he was a little panicked and agreed to go back home.

The following Sunday we were open again, and this time it was a different Dougie who came in. He apologised and clearly meant every word. He spoke to Sally and was very concerned and anxious about what might happen to him. This is someone who is known for aggression and violence and who has been in and out of prison. When he is discussed with the police or other individuals their first response is “Oh yes, stay away from him, he’s bad news”.

Dougie spoke to Sally, Matthew’s House Café manager, who told him “If you help us, we will help you. Just look after us and we’ll look after you.”  He was clearly anxious about what may happen to him. “What if someone tries to fight me?” Our answer – “Come to us”. What if someone says something or attacks me?” “Come to us. Speak to us and you will be fine. Don’t step over that line. Any worries, any concerns, come to us.”

That night, and from then on, we have seen nothing but kindness from Dougie. He thanked the volunteers constantly throughout the evening asking them “do you like Nice Dougie?” Everyone likes Nice Dougie. He has a lot of complications in his life, daily morning probation visits, medication, support etc. But by treating him with kindness rather than turning him away we were able to develop a relationship. We made the right decision in the moment; Dougie is not banned, he is welcome. He is not aggressive, he is thankful. We like Nice Dougie!